This week, as part of WEMCs new “3 Questions With” blog series, we hear from Matteo De Felice: a Scientific Officer at the European Commission’s Joint Research Centre (JRC) “Knowledge for the Energy Union” unit at the Energy, Transport and Climate Directorate. Matteo’s activity is focused on the modelling of European power systems and on the interactions between weather/climate and energy systems.

Matteo has collaborated on multiple projects with WEMC, such as the Copernicus Climate Change Service (C3S). He has also contributed towards various education and outreach events such as the Weather and climate services training course for policymakers and practitioners in Central Asia.

We asked Matteo who or what inspired him to start to work in the field of energy and climate. He commented:

“During my doctorate in Computer Engineering I had the possibility to collaborate with ENEA on the topic of energy efficiency and optimization and I loved the topic, it was interesting and I could really see the potentiality of using more sophisticate data-driven methods for some complex energy-related applications. For example, I worked on a fuzzy-logic based modelling and evolutionary computation to optimise the operations of gas turbines, a very interesting methodology effective to deal with uncertainty and complexity.

Later, I joined a laboratory on climate modelling during the early phase of climate services’ initiatives in Europe. I was involved on a research project (it was CLIM-RUN) and since then I have never stopped working on energy and climate.”

We were also interested to hear Matteo’s viewpoints on how he sees his work impacting the field:

“I think that my work and the work of the entire community (energy modellers, climate scientists, etc.) is helping to understand better the threats and the potentialities of the connections between meteorology and energy. At the same time, our work is affecting (slowly and not without difficulties) the policy-making to increase the presence of those topics (climate variability, climate change) in the research and policy agendas.”

As an organization that works to enhance and promote interactions between the energy industry and the weather, climate and broader environmental sciences community we understand the rewarding feeling that accompanies working in the energy and climate field. Considering this, we asked Matteo what his proudest moment is so far whilst working in the field.

“Definitely the work done during the first proof-of-concept energy service for the Copernicus Climate Change Service. It was exciting focusing on creating a service interacting with many diverse stakeholders trying to communicate the science behind climate forecasts and projection. And having all the data open access and available for many downstream applications!”

The work produced by scientific officers like Matteo is indispensable for global energy transitions, net zero commitments and for following nationally determined contributions. Therefore, we believe it is valuable to hear from officers, practitioners and policymakers in the energy and climate field about their inspirations, motivations and hopes for the future. We, at WEMC, thank Matteo for featuring in our ‘3 Questions With’ series. 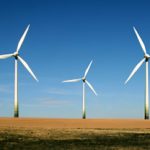