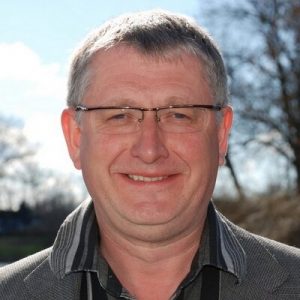 The green transition implies that the energy systems will undergo a fundamental change from a system where the energy production matches demand to a system that is driven by the renewable energy production, and where the demand has to match the latter. This implies that renewable energy forecasting will play a central role in the green transition. Today energy load forecasting is a rather easy task, but in the future demand response methodologies will become widely used and consequently demand and prices will become more volatile and less predictable.

In this talk state-of-the-art methodologies for renewable energy and load forecasting will be described. In particular we will focus on methods for multivariate probabilistic forecasting of wind and solar power generation. Also methods for unlocking the flexibility of integrated energy systems for the next generation demand response solutions will be described. It will be demonstrated that full multivariate probabilistic forecasting will become essential to maintain the reliability and profitability in the operation of the future low-carbon energy systems. 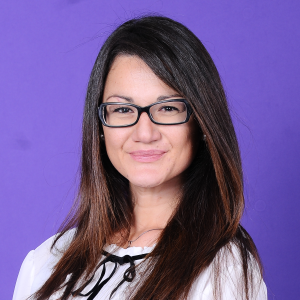 Title: Day 3 Plenary Talk – The changing geopolitics of energy: the energy-climate-security nexus and the Sustainable Development Agenda. Why meteorologists might help in preserving global stability?

Description:
Tectonic shifts to global power dynamics are imminent. As the world transitions to a low-carbon  economy incumbent producers of hydrocarbons, who have enjoyed somehow privileged access to the consumer will indispensably see their remit in international affairs reduced. Simultaneously, technology innovators and pioneers in renewable energy deployment, and energy efficiency and storage solutions will ascent in the global power dynamics. From an axis of scarcity and dependence on a handful of producers, we will transition to a new order of abundance where energy can and is produced on- and off-grid and, in principle, accessible to all, thereof becoming a sort of global commons. But the paradigm shift to a brave new world of clean energy will far from deliver resilient energy systems, nor would it ensure absence of conflict, equity in access and dissemination of the transition benefits. Dependencies on fossil fuels will be displaced with new dependencies on raw materials; stranded or devaluated national assets will adversely impact the oil and gas economy and forced migration, terrorism and poverty will continue to be fueled by novel resource rivalries or asymmetric management. In a world inflamed by the temptations of populism, new political alignments will emerge, potentially deprived of multilateralism instincts and outside of the rule of law and global governance regime that has been a cornerstone of stability for the past 70 years. History testifies that disruption in international relations often brings conflict and chaos. Yet, the alarming signs around the changing geopolitical paradigms are often ignored and the proverbial issue of international order stability omitted in energy transition scenarios and roadmaps. But in a catch 22 situation, instability might steer us away from fulfilling the transition agenda. How to avoid this? How to manage a sustainable energy transition that both brings clean and abundant energy to all and preserves a stable world order? A synergetic collaboration between the energy and meteorology community in sync with the regulators and policy-makers will not only contribute to clean and robust energy systems but might just be the answer to circumventing geopolitical tensions and safeguarding multilateralism, just institutions and global governance resilience. By illustrating the geopolitical ramifications of the sustainable energy for all agenda, the talk will call upon the meteorological and climate services community to consider the social and political dynamics that could compound the transition trajectory, and ask them to contribute consciously to achieving sustainable but also peaceful energy systems.

ICEM2019, Plenary
Plenary Session: Day 32019-02-212019-03-20https://www.wemcouncil.org/wp/wp-content/uploads/2021/04/stickyheader_sml.pngWEMChttps://www.wemcouncil.org/wp/wp-content/uploads/2021/04/stickyheader_sml.png200px200px
Recent Posts
Follow us on Social Media
Subscribe to the WEMC newsletter
Sign up to find more about our project, research and upcoming events.

Where to find us
© World Energy and Meteorology Council (WEMC) 2016. WEMC is a Company Limited By Guarantee, registered in England & Wales in November 2015, No. 9889302. VAT Registration Number: 268 9478 32. All Rights Reserved
Workshop Session
Poster Session