Curious to know about the weather during COP16 in Mexico 2010?

To coincide with the UN Climate Change Conference (COP26) in Glasgow, we used Teal to explore what was happening with the climate in previous COPS around the world. Teal is a free and easy-to-use tool developed by World Energy & Meteorology Council (WEMC). WEMC is a team of climate, energy data, education and communication specialists, working with stakeholders worldwide to address climate change more effectively, by improving the transfer of knowledge, between current research and the energy industry, either by creating tools, direct stakeholder engagement and capacity building. Teal was launched last November with the aim to create a free resource for educators, students and the public at large, so they can explore changes in temperature, precipitation, wind speed, solar radiation and CO2 emissions since 1950, for all countries in the planet. 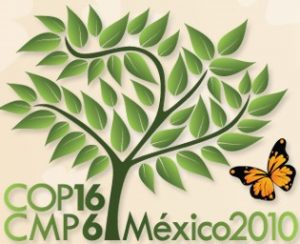 For this particular blog we chose COP16 which was held in Cancun, Mexico from 28 November to 10 December 2010. Summit attendees were expecting to enjoy sunny days at the beautiful Caribbean setting, but instead they were welcomed by non-stop torrential rains. The whole city had prepared for months for the Summit, expecting good revenues, but except for bars, restaurants and other indoor venues, very few benefitted from it. Juan ‘manitos’ González owner of a stall selling newspapers and magazines said that the Summit didn’t bring him good luck, because it rained so much that he could hardly work

“Nature is choppy, and it didn´t help anyone (La naturaleza esta brava y no ayudó a nadie)”[1].

Although October is usually a rainy month in Cancun normally by November – December the rains become more infrequent.  But 2010 was not a ‘normal’ year; it was the wettest year for the last 60 years in Mexico, with heavy rains peaking in July and lasting, in some regions, until the end of the year.

Teal tool (https://tealtool.earth) developed by WEMC, showing historical monthly precipitation from 1950, it can be clearly seen that July 2010 was the highest on record.

One of the outcomes of the summit was an agreement, by the state’s parties, to create a large Green Climate Fund, a fund that is still active today and aims ‘to support projects, programmes, policies and other activities in developing country Parties using thematic funding windows’[2], in order to implement actions that help to mitigate and adapt to the consequences of Climate Change. During the COP16, 2010, it was also recognized that climate change represents a potentially irreversible threat to the planet, and consequently to human societies, and that such emergency needed to be urgently addressed by all parties through a long-term cooperative action.

However, in Mexico, the consequences of Climate Change were already apparent, as not only 2010 was an anomalous wet year, but the summer of 2009 had been extremely dry, adding to the hardship of the global recession. The anomalies continued in subsequent years with pernicious droughts throughout 2011 and 2012 in vast regions of the country.

Teal tool showing average seasonal precipitation for the summer in Mexico. Arrows pointing to extreme drought (2009) and extreme precipitation the following year. The yellow box is framing the period where there is a tendency towards dryer summers.

So, 2010 was a stormy year, with the heavy rains causing floods which created large disruptions in cities or landslides destroying roads elsewhere. At the end of the year there were 19 named tropical storms and 12 hurricanes, being just behind from 1887 and 1969 regarding number of hurricanes in a single year. September 15, a special date celebrating Mexican Independence, was particularly harsh for people living in the south, because there were two category 4 hurricanes in the Atlantic, a rare event that had not occurred since 1926, the situation became even more dangerous as Karl was ‘upgraded’ from a tropical storm to hurricane the next day, which was also a rare event to have three simultaneous hurricanes in the Atlantic. By the time that the attendees arrived for the Summit, Tomas the last hurricane of the season, had just finally dissipated [3].

However, the 2009, 2011 and 2012 droughts had also dire effects, as crops all over the country were badly affected., The central and northern regions, which is where most of the commercial crops are grown, were most adversely affected [4]. In particular during 2011, 40% of the country suffered the worst drought of the last seven decades, prompting SAGARPA (Secretariat of Agriculture) to  declare more than 2.7 million hectares under an emergency status, these affected 1,174 municipalities from 19 of the 32 states in the country [5].

A decade later, this pattern has continued to occur, with droughts in central and northern regions, and numerous hurricanes and tropical storms in the south coming from both the Pacific and the Atlantic. Currently, for the 2021’s Atlantic season, there had been 19 tropical storms, 7 hurricanes, with 4 of them category 3 or higher, causing up to US$55.178 billion losses [6]. As the hurricanes now tend to come in rapid succession, some people living in the south have started to refer to that as “Here it comes the little train! (¡ Ahí viene el trenecito !)”.

…Also, decade after, we are almost at the end of the first year of the ‘2020-2030 Decade of Climate Action’, and there has been a positive response from many countries, international organizations, private sector,, NGOs, civil society and others, committing to Energy Compacts[7], part of a global and concerted effort towards net-zero carbon emissions. No doubt tools like Teal, are very important to raise awareness, helping us understand the effects of climate change occurring across the planet and hopefully entice some action. So, maybe in the future by reducing global temperatures and environmental degradation, ‘Nature stops being choppy’ and brings good luck and wellbeing to everyone.

If you are interested in learning more about climate change and climate forecasting check WEMC news and events, for forthcoming webinars and courses.

*COP16 The logo may be obtained from 2010 United Nations Climate Change Conference. Fair use,

climate change, COP16, COP26, Mexico, Mexico City, Teal Tool
Curious to know about the weather during COP16 in Mexico 2010?2021-10-202022-05-04https://www.wemcouncil.org/wp/wp-content/uploads/2021/04/stickyheader_sml.pngWEMChttps://www.wemcouncil.org/wp/wp-content/uploads/2021/10/mexico-blog-header-scaled.jpg200px200px
Recommended Posts
Latest Tweets
Tweets by @WEMCouncil
Follow us on Social Media
Subscribe to the WEMC newsletter
Sign up to find more about our project, research and upcoming events. 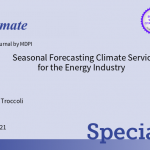