The World Energy & Meteorology Council (WEMC) has members across the globe, from a variety of backgrounds and expertise, doing work on a range of important issues to strengthen energy and meteorology education, research and collaboration. We welcome posts from our members communicating the fantastic work that they do. We are delighted to share with you this opinion piece written by Vasilis Pappas, a WEMC member from Aachen, Germany, and Senior Meteorologist at Trianel GmbH. If you are interested in becoming a WEMC member (it’s free!), find out more by clicking here. 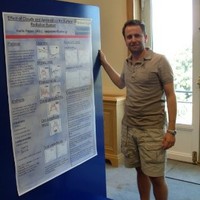 Renewable energy sources such as wind and solar have been attracting a lot of publicity in recent years. But there is another type of renewable energy that’s becoming increasingly important for the worldwide sector. It’s called Hydropower and the value of it can’t be ignored. In this article, I’ll highlight three effects that the variation of hydrological cycles could have on the energy sector.

The first aerosol indirect effect explains how the heightened number of atmospheric aerosols increases the droplet number and decreases the droplet size in a cloud, meaning the critical size for precipitation isn’t reached (Lohmann and Feichter, 2005).

The second aerosol indirect effect explains how the increased number of aerosol particles and droplets lead to the reduced cloud lifetime. This therefore reduces the chances of a precipitating cloud (IPCC WGI Third Assessment Report).

But alongside this, we need to consider how the warmer atmosphere can hold more water vapour before saturation and precipitation. The result of this is that when the rain is finally formed, the amount of precipitation can be significantly higher than what it would be in an atmosphere with ‘normal’ temperatures. It’s these irregularities, climate issues and atmospheric changes that impact the hydroelectric, coal and nuclear energy sectors, which in turn increase the need for unsustainable energy sources. It’s a cycle. And it’s something we need to be aware of in the renewable energy industry.💡

Disclaimer: This post represents the views of the author and do not necessarily reflect the view of WEMC or any other agency, organization, employer or company. 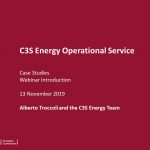