The latest version 1.7 of the Teal tool is now online and free to explore!

Teal is a free visual tool that enables you to explore climate variables and carbon emissions for the past 40+ years, from 1980 to near real time.

Quite a bit has changed since the last update. Most notably, in addition to Europe, Teal now supports regions and states for the 11 largest countries*. This has been one of our most requested features! We have also simplified the menu system, with just two geographical views: Countries and Sub-Countries. In addition to this, all historical data has been updated to 31st December 2020.

There is also a new share button in the main menu, which allows users to share their session with a URL. Also, the current session is saved to cache, so users can pick up where they left off next time they visit Teal.

*Teal now supports regions and states for the 11 largest countries: 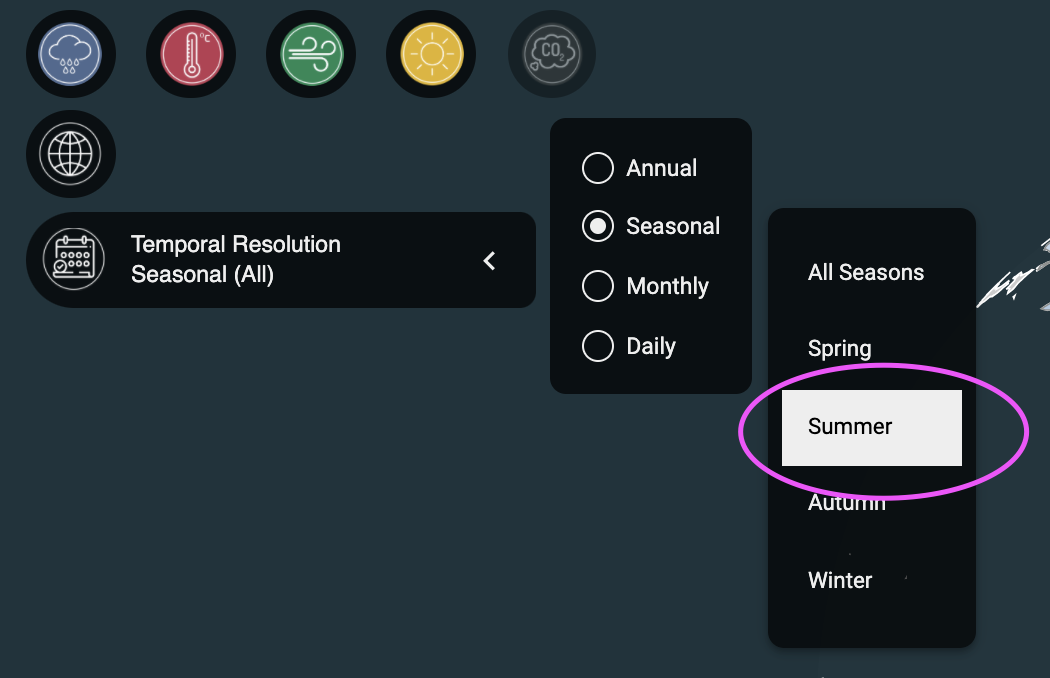 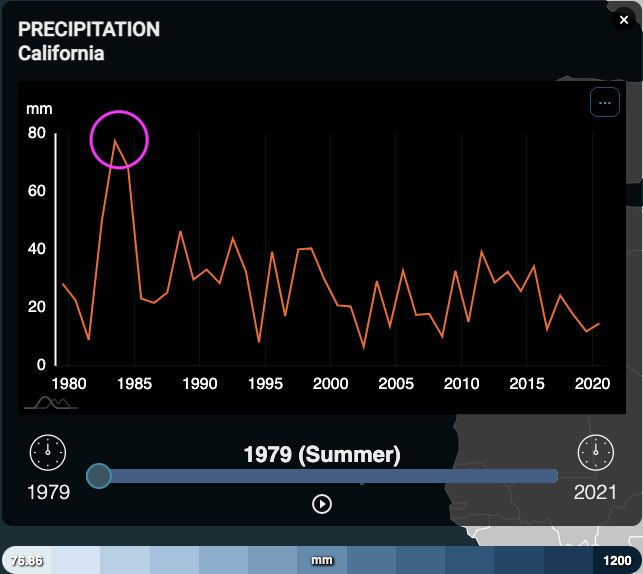 A quick internet search brings up a wikipedia article, suggesting Los Angeles Airport having the wettest year on record in 1983:

Assuming that such an increase in rainfall would likely cause flooding, an additional internet search for ‘California flooding 1983’ reveals that Hurricane Ismael brought torrential rains and flooding to California in August 1983, washing out almost all the roads in Yucca Valley. This extreme weather event explains the anomaly shown in the Teal precipitation graph.

In conclusion, bringing regional and state-level data to Teal, greatly enhances the overall usability and usefulness of the tool, allowing for closer examination of extreme weather events. The earlier version of Teal looked at averaged data for larger countries and continents (such as the USA) and did not allow for localised climate variations to be examined. 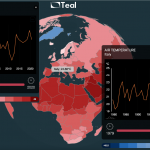