With July 2020 air quality data in, and COVID-19 lockdown restrictions having been relaxed in many countries, air pollution displays similar levels as a year ago.

With COVID-19 lockdowns being gradually relaxed around the world, air quality data show how in some countries the recovery is accompanied by an increase in air pollution. While global cases have reached 20 million, and still growing rapidly, many countries have lifted restrictions so the economy can recover.  This is certainly good for people’s livelihood and wellbeing, but less so for air quality.

Despite some parts of the world still being under partial restrictions (parts of Spain, UK, Australia, etc.) air quality as measured by two polluting gases Nitrogen Dioxide (NO2) and Carbon Monoxide (CO) has deteriorated considerably over the course of July when compared to 2019 levels. In fact, from values 10% lower than 2019 in June (and most of previous months) for NO2 at the global level, July has now recorded similar values to 2019 (see below graphs). Though less pronounced, there has been a relative increase in CO too, to -2% (an increase of 2% from June).

These increases are just further evidence that the economy is picking up after the sluggish development in recent months. Among other factors, the increase in urban traffic, could also be an important element in the comparatively higher pollution since in July. As people are concerned about sharing public transport, it is possible that more cars, especially during peak time, are on the road. The extent to this effect would have to be assessed via other datasets, but it would be a shame if this were the pattern, as months of remote working wouldn’t have taught us much about how to be flexible with office hours. Admittedly, it’d be more difficult to increase flexibility with activities like schools, though flexible times could be trialled for these too, as was done during COVID-19 restrictions in some places (e.g. Queensland) with staggered starts and ends in primary schools depending on children year level.

A more extensive set of maps and movies are available on our previous regularly updated news item Want to be informed about air pollution data during COVID-19 restrictions?

The main source of NO2 resulting from human activities is the combustion of fossil fuels (coal, gas and oil) especially fuel used in cars. It is also produced from making nitric acid, welding and using explosives, refining of petrol and metals, commercial manufacturing, and food manufacturing. Inhalation of NO2 increases their risk of respiratory infection and may lead to poorer lung function. CO also is a product of combustion of fuel such as natural gas, coal or wood. Vehicular exhaust contributes to the majority of carbon monoxide let into our atmosphere. CO has been linked to lung diseases.

The data presented here are taken from the Copernicus Atmosphere Monitoring Service (CAMS). Specifically, data come from the CAMS Near Real Time (NRT) Re-analysis which is available a few days behind real time. Re-analyses are combinations of observations (from ground stations, satellite, etc.) and a very advanced physical model. The CAMS NRT Re-analysis is downloaded at ca. 50 km x 50 km horizontal spatial resolution and every six hours (namely four values daily, at 00:00 UTC, 06:00 UTC, 12:00 UTC and 18:00 UTC). More comprehensive data views can be seen in our earlier post.

air pollution, C02, COVID-19
Strong uptick for July air pollution compared to the same time in 20192020-08-102020-08-10https://www.wemcouncil.org/wp/wp-content/uploads/2021/04/stickyheader_sml.pngWEMChttps://www.wemcouncil.org/wp/wp-content/uploads/2021/04/stickyheader_sml.png200px200px
Recommended Posts
Latest Tweets
Tweets by @WEMCouncil
Follow us on Social Media
Subscribe to the WEMC newsletter
Sign up to find more about our project, research and upcoming events. 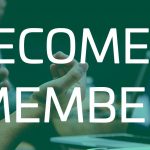