On Monday 27th January 2020, the first online user-consultation workshop guided teachers, educators and interested parties to engage with the  C3S Climate & Energy Education Demonstrator (C3S Edu Demo) and experience its educational potential. The workshop featured an interview with a teacher and two of their students. This provided an outside opinion and added context to how the C3S Edu Demo could be used and applied in the classroom. It also involved interactive discussions and tasks which allowed attendees to discover for themselves how the Demo could be used in different contexts. There were also opportunities to reflect and evaluate the Demo, helping us to ensure it has a sustainable legacy as an educational resource.

The workshop was well-received by those who attended, providing very positive feedback. If you missed out first time around, you can read the summary and watch the recording below. However, nothing can replace getting involved. That’s why registration is now open for a second workshop on Saturday 21st March. This second workshop will reprise some elements of the first, but will also focus on new and updated features of the C3S Edu Demo. Participants will receive a certificate that they can use as evidence of training/continuous professional development (CPD).

Whilst some of those attending the workshop were aware of the C3S Edu Demo, many were still unfamiliar with it. So, to inform the on-boarding process and the ‘first use’ experience, the attendees were asked to give us their first impressions of the Demonstrator after watching an introduction and demonstration video.

They were then given time to familiarise themselves with the Demonstrator through a self-paced quiz. The questions guided them through the ways that the Demonstrator can be operated, and the data explored. The quiz had a double benefit – the results will be used to analyse which functions of the Demonstrator are more intuitive than others, and they help inform future updates and development. 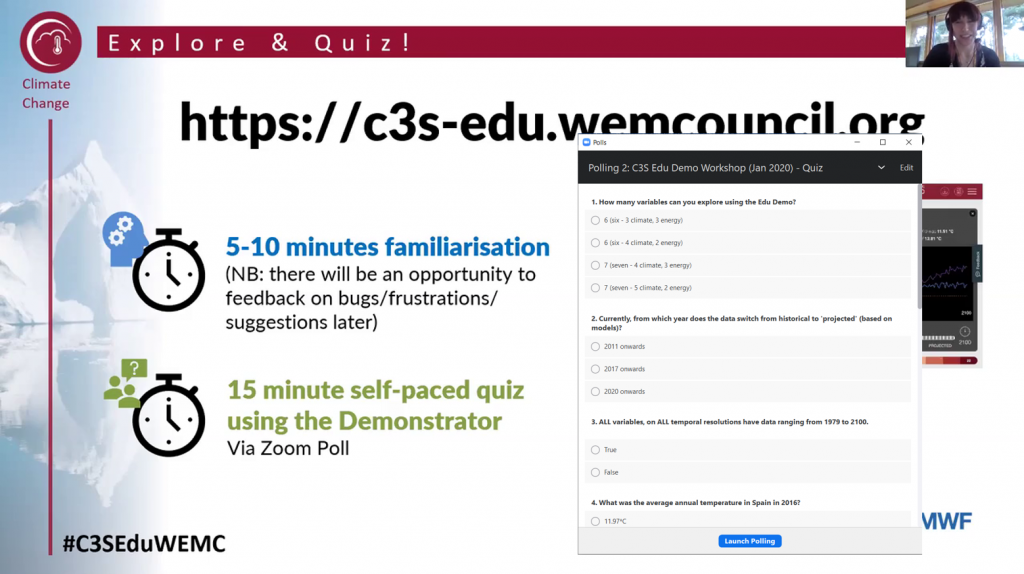 The Zoom ‘breakout rooms’ function was used for smaller group interaction – promoting and encouraging greater contribution. Each group had one enquiry-based question such as, ‘Are some parts of European more suitable for renewable energy than’ others?’, and ‘Is the climate changing the same everywhere in Europe?’. They were then asked to use the Demonstrator to explore how that enquiry question could be answered, using five discussion prompts as guidance. Two links to the Geography International Baccalaureate were provided for reference for participants who are not familiar with teaching syllabuses.

Evaluation of the workshop revealed that participants enjoyed the small group work, with one participant commenting that it was a “nice way to quickly discuss small ideas”.

Additional participant feedback tells us that, when compared to before the workshop, they felt significantly more confident using the Education Demonstrator. 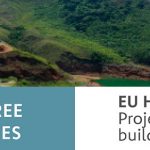